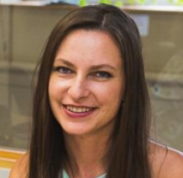 Alena holds a master’s degree in Social Work from McGill University. She is passionate about collaborative community development, which she believes is the most effective and efficient approach to improvement of the quality of life and poverty reduction. 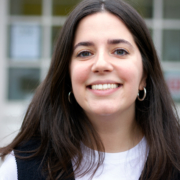 Alex holds a bachelor’s degree in Environment from McGill University and a master’s in Urban Planning from the Université de Montréal. She is passionate about working and collaborating with the community to find housing solutions for the West Island. 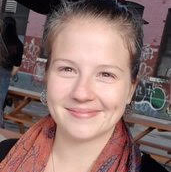 Camille holds a master’s degree in sociology and a bachelor’s degree in psychology and sociology from Université de Montréal. She has always been interested in community development and is working as both an intervener and as a researcher. Moreover, it was her work with people living in vulnerable situations that led her to take an interest in the issues of food security. 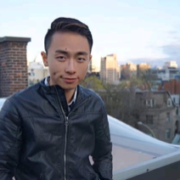 Noah is a recent graduate from McGill University, with a specialization in sustainable development. He is particularly interested in urban systems, of which transportation is an inseparable part. Noah looks forward to connecting with communities, city governments, and other NGOs to establish partnerships that work toward promoting active transportation in the southern West Island.

Co-founder of TerraHuman Solutions and Baie d’Urfé citizen
Dr. Isabelle-Anne Bisson is an expert in environmental impact and community needs assessment, helping communities and organizations achieve sustainability. Dr. Bisson has over 20 years of experience as a scientific consultant, coordinator and manager of science and conservation projects globally. She has led projects for the United States’ Department of Defense and headed a program in Uganda for a United States Agency for International Development initiative. She completed a B.Sc. and M.Sc. in Science at McGill University and a Ph.D. at York University. She went on to conduct post-doctoral research at the Smithsonian Environmental Research Center and at Princeton University. In 2014, she co-founded and is now solely running TerraHumana Solutions (www.terrahumanasolutions.com), which offers expert services in science and sustainability. Recently, she worked closely with northern Indigenous communities on the environmental challenges they face with ongoing development and she presently works with the Mohawk communities of Kanesatake and Kahnawà:ke in Quebec on various environmental and community projects.

Franca Kesic is the Coordinator of Community and Volunteer Relations at WIAIH. A graduate from Concordia University (BA in Applied Human Sciences with a specialization in Therpaeutic Recreation), Franca has over 15 years of experience working with families who have a child/adult with an intellectual disability or autism. Franca is passionate about working collectively with the community to help advocate and improve the quality of life of families living on the West Island.

Tessa graduated from McGill University with a B.Sc. and M.Sc. in Genetics and went on to pursue a successful career in the pharmaceutical industry. She enjoyed working with clinicians and researchers across Canada in early phase clinical research, patient health management and medical education. After taking early retirement she completed a Master Certificate in Organization Development (MCOD) from Schulich School of Business, York University. Tessa has always been interested in civic engagement, my local community and fundraising for important causes.

In 2016, Tessa became involved with the TQSOI board as Treasurer and an active member of the Health and Social Services Committee and Social Development Committee. She is a competitive women’s dragon boat team member and also enjoy yoga, cycling, X-country skiing and snowshoeing.

After an international career of over thirty years in the United Nations system (UNESCO), Françoise has been living in the West Island since 2016. Her experience is mainly based on project development and management as well as fundraising, and also includes communication (media, web…), publications, event organization and translation.

In addition to her participation in the TQSOI, she is a volunteer at the Fritz Garden in Baie d’Urfé (vegetable garden for food banks).

Stephanie Trenholm is a retired ‘family medicine’ nurse. With many years of volunteer experience in the elementary and secondary public school systems, she has served consecutive terms on school governing boards and on numerous other committees, always advocating for families. She has been a Literacy Unlimited tutor for adults since 2008 and served a six year term on their board directors.

Joining the TQSOI in 2014, she represents Literacy Unlimited, advocating for adults with low literacy and the daily challenges that they face. She has also served on the TQSOI’s Social Development Committee since 2015 and participates in the TQSOI Poverty and Social Exclusion Committee. In all her volunteer work she is guided by her desire to advocate for families and to be a part of the positive change that she wants to see in our community.

Marla has been the Director of West Island Citizen Advocacy since August 2016. Between 2003 and 2016 she worked as their publicity Coordinator. She worked as a Community Working in the Matching Program from 2005-2009. She was a regular contributor to the Montreal Gazette West Island as a freelance writer and columnist until 2015.

Marla graduated from Print Journalism and worked in the newspaper industry until moving to Montreal in 1991. In 1992 she went back to school at Dawson Institute of Photography and worked as a photographer until 1997.

As an Investment Advisor with CIBC Wood Gundy he runs a full- service investment business catering to High Net- Worth Individuals and to Corporations. He is passionate about Socially Responsible Investing (SRI), which allows him to align his personal beliefs with his investment choices.  He is a member in good standing of the Responsible Investment Association of Canada.

Ian holds a Bachelor’s of Commerce degree from the University of Guelph and a Certificate in Accounting and Finance from McGill University. In addition to his Life Insurance license, he holds the Financial Management Advisor (FMA) designation. He also specializes in the 50 plus market and is currently seeking certification for the Elder Planning Counsellor (EPC) designation.

Ian is committed to making a difference in his community.  He is currently an assistant coach for the U 14 Pointe – Claire Boys Intercity A Soccer Team and is coaching the West Island Stars, an Elite Spring Hockey Team.  In addition, he supports the Crusade Against Cancer – a West Island charitable organization.

Francis has been a resident of Sainte-Anne-de-Bellevue since birth. He has always been very active in the Sainte-Anne community, first as a part-time firefighter until the forced municipal mergers in early 2002, and then as a member of the public security committee. He created the local rescue squad, was a member of the de-merger committee, participated in various other community initiatives such as the yearly Christmas food drive, etc.

Francis was elected by the residents to serve as Mayor of Sainte-Anne-de-Bellevue between 2009 to 2013.  During his mandate and under his leadership, the city’s sustainable development plan was developed, adopted and implemented under the name Moving towards sustainability. In 2012, Francis was awarded by Her Majesty The Queen Elizabeth II with the Diamond Jubilee Medal in recognition of his contributions towards charity and community work.
Francis is a business administrator with a wide-range of experience in the food industry.  Prior to becoming owner of the Baie d’Urfé Provigo in 2013, he worked in upper management for the largest Canadian food processor company, for over 25 years.
He is an active sponsor and member of the Baie d’Urfé Curling Club and member at the Braeside Golf Club in Senneville.  In addition, he supports the Sainte-Anne Hospital Veterans Foundation, the John Abbott College Foundation as well as the Sainte-Anne-de-Bellevue food bank.

Daria grew up in the West Island of Montreal (Beaconsfield) and currently resides in Vaudreuil-Dorion with her family. In 2005, she graduated with a Bachelor of Religious Education in Counselling and in 2010, she completed her M.A in Global Urban Ministry, studying the social effects of globalization and urbanization and how churches could better meet the needs of changing cities.

Daria began working part-time with the West Island Network in 2017 with a hope to see more unity among West Island churches and greater community impact through church collaboration, both with each other and the community.  She has been involved with the TQSOI for a couple of years, specifically with the Poverty Reduction and Food Security Committees.

When not working, she gets to enjoy toddler life with her 4-year-old son, playing soccer and volunteering at his co-op pre-school being some of the best parts. She also enjoys all things food, running and hiking mountains with her husband Matthew.

Tania has been involved with AJOI (a non-for-profit) since 2010. Before that, she did an internship during her undergraduate degree in psychoeducation at the University of Montreal at the Maison des enfants de l’Île de Montréal (2009) and worked as a tutor in the educational environment La Source in south-west Montreal (2012). At AJOI she worked as an Outreach Worker (2010-2011), as a Development Officer (2016-2017) and as Director (2017 to present).

Between 2011 and 2016, Tania worked for the Montreal Youth Center (now part of the CIUSSS Centre-Sud-de-l’Île-de-Montréal) as an educator for teenagers who had been removed from their families and placed under the protection of youth in shelters and group homes. During this period, she volunteered for AJOI, writing the annual reports and spending two years on the Board as Secretary (2014-2015) and then as President (2015-2016). As Executive Director of AJOI, and also behind the creation of Ricochet (the first ever residential resource for young people with residential instability in the West Island), Tania has extensive experience in the non-for-profit sector.

Giovanni was born into a family of real estate professionals and began working as a licensed broker at the age of 18 years old. He later went on to fine tune his negotiating skills and further develop his sales abilities by working in the high-end luxury automotive industry, retiring as Director of Mercedes-Benz at age 52. It wasn’t long before he decided to return to his early passion for real estate and was soon hired by the “elite” of Westmount, becoming a top-selling broker for Liza Kaufman`s Team from Sotheby`s International and later with Marie-Yvonne Paint at Royal Lepage Heritage. He has taken the best marketing strategies from both camps, thus creating a win-win strategy for his clients. He has a lifetime of experience and expertise in sales, negotiations, and marketing.

During her career at the LBPSB, Antoinette’s functions were to work with at risk youth from 15-18, and to work with families and the supporting community to help them succeed. During this time she was the liaison with both the business community and the community at large. She has been on multiple Board of Directors, from youth shelters to the Chamber of Commerce. She was on the Board of the Community Resource Centre (CRC) and also served as their President. Her time with the CRC provided her with great insight on numerous organizations, including the TQSOI. She was the President of the Quebec Liberal party for numerous years and was also involved in policy activity with the party. In addition, she has supported various organizations such as West Island Palliative Care, the Cancer Wellness centre, Community Shares etc. She continues to be very active in the community has worked with many friends and colleagues over the years. She enjoys every moment working in the community, knowing that her help and knowledge could be helping others.